Easypano provides users as many features as possible in Panoweaver.

Create HDR image from Bracket exposure or directly from Camera RAW files. This feature is supported in Professional and Batch editions.

A camera raw image file contains minimally processed data from the image sensor of either a digital camera, image scanner, or motion picture film scanner. Raw files are so named because they are not yet processed and therefore are not ready to be printed or edited with a bitmap ?graphics editor. Normally, the image is processed by a raw converter in a wide-gamut internal colorspace where precise adjustments can be made before conversion to a "positive" file format such as TIFF or JPEG for storage, printing, or further manipulation, which often encodes the image in a device-dependent colorspace. These images are often described as "RAW image files", although there is not actually one single raw file format. In fact there are dozens if not hundreds of such formats in use by different models of digital equipment (like cameras or film scanners).

Below is the brief introduction to how to stitch RAW files into panorama. 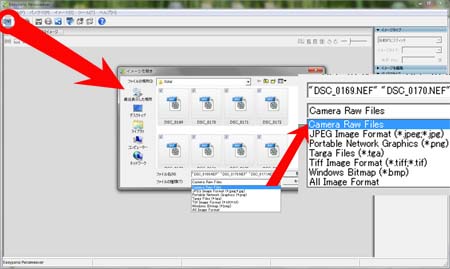 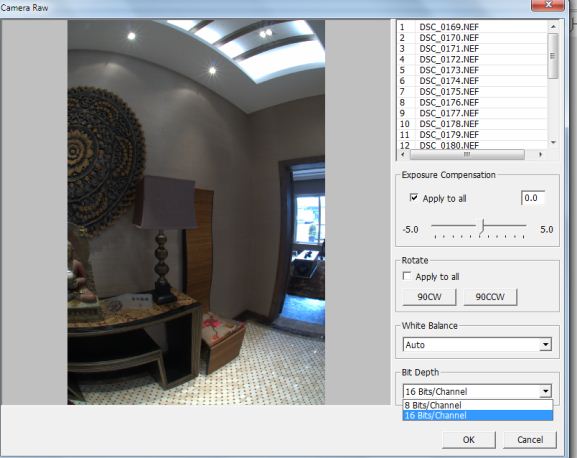 After you have imported the RAW files you can see this tab in which you can make your selections. 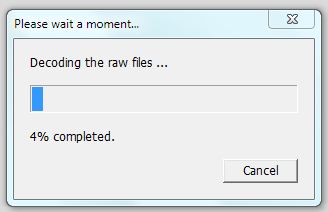 Click "OK" you can see this progressing bar decoding the Raw files. 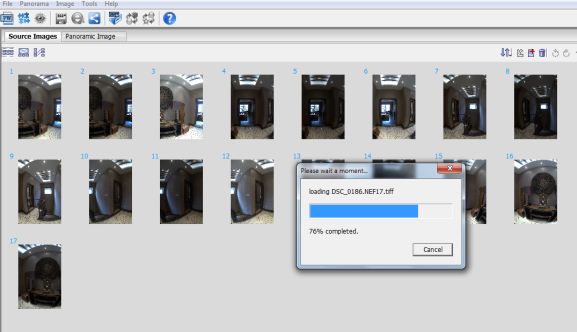 As you can see in this screenshot, RAW files are loading. 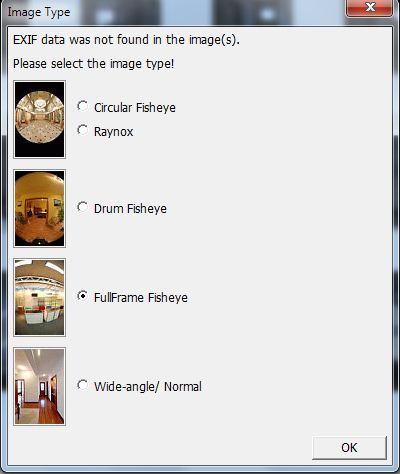 After loading Raw files, you can see this tab. the system will automatically select the image type. 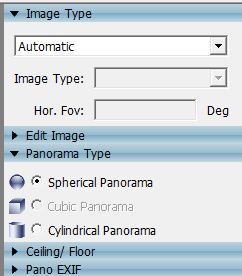 Select the type of panorama you want to create. 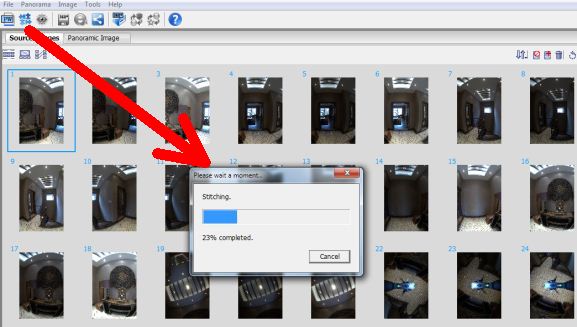 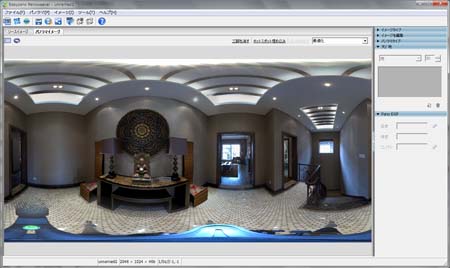 THE FINAL EFFECT CREATED BY PANOWEAVER.